This website uses cookies to offer you a better browsing experience.
You can learn more by clicking here.

The results of the Sandler Research Center survey The Essential Components for Sustaining Overachieving Sales Performance are out. This survey provides some important takeaways for sales leaders by comparing the bottom 20% of sales performers (also known as the underachievers) with the top 20% (also known as the overachievers). Overachievers reported being at or above quota. Interested in the most important differences between these two groups – beyond the obvious fact that the top 20% makes significantly more money? We thought you might be. Here’s a brief summary of the critical takeaways.

Overachieving sales performers were roughly 1.5x more likely than underachievers to have a manager who was effective and skilled at three specific activities that connect to a positive experience in the early going for the newly hired salesperson: recruiting team members, onboarding those new members of the sales team, and coaching them one-on-one. This finding suggests that investing the development of these skills in sales management has a dramatic positive impact on team income generation. 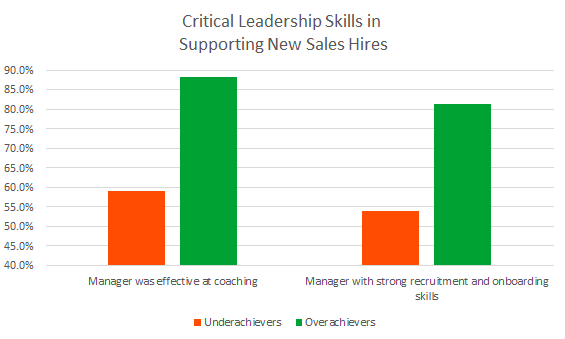 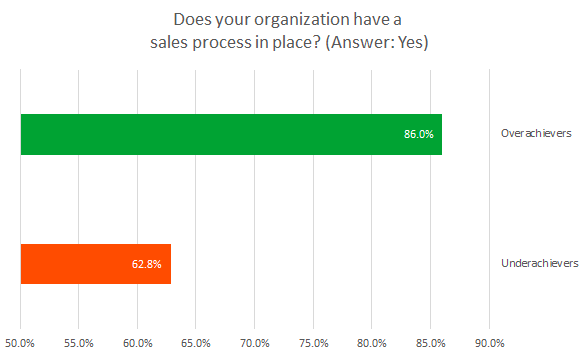 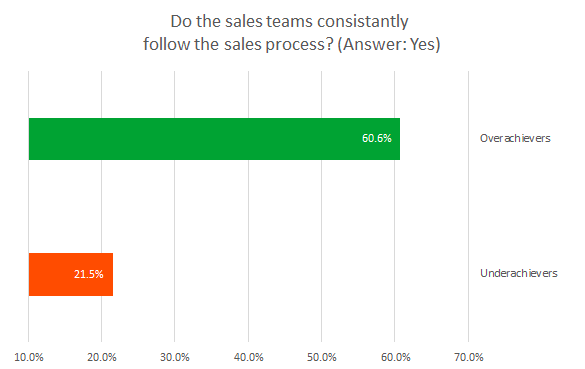 Two stark differences relating to sales leadership training emerged when the results of the top-performing 20% of salespeople with that of the lowest-performing 20%. 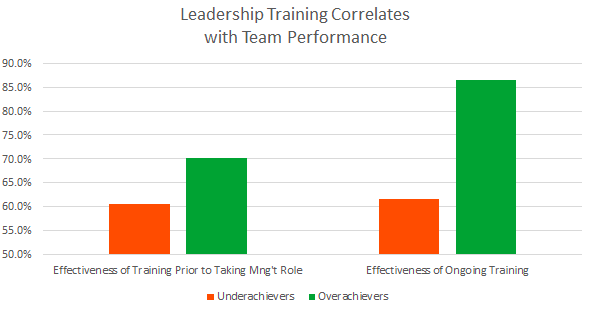 For over 50 years, Sandler Training has been helping salespeople take control of the sales process, helping leaders identify and remove blind spots and bottlenecks, and helping professionals around the world level up their career.

10 Ways You Can Use LinkedIn to Prospect More Effectively

Tom Wilson is a member of the Sandler Research Center team and marketing department at Sandler Training. Tom helps create, field, analyze and report of the topics examined by the Research Center. Tom joined Sandler in 2017 after a long career at media and consumer behavior research firms Nielsen and Arbitron. There, he managed the online training portal for the U.S. Media customers from radio and TV stations and the advertising community understand and utilize the many research reports created. Tom started his professional journey as an announcer at several radio stations in Baltimore and Washington.
Share this article:

Video: Sandler Rule #46: There Is No Such Thing as a Good Try

Sales Training and Golf: A Lesson in Repetition